Each year, the Fédération performs a survey of its former students. In 2015, for the 23th edition of this survey, 8341 graduates from 2010 to 2014 of the 20 schools of the FGL were questioned. The rate of responses was about 60% which gave us a good idea of what has become of our engineers following their education.

Outcome of the different years

The rate of employment is very good overall. About 94% of the graduates are active: 89% have jobs and 5% are continuing their studies.

50% of our students signed their employment contracts before their graduation. The internships and the internet are the best means of finding a job.

62% of graduates are hired in the large and very large companies and 38% in small and medium companies and very small companies. 62% are in positions with permanent contracts and 92% have executive status. 63% of graduates are working in the industrial sector (15% in the chemical industry) and 30% work in research & development and scientific & technical studies. 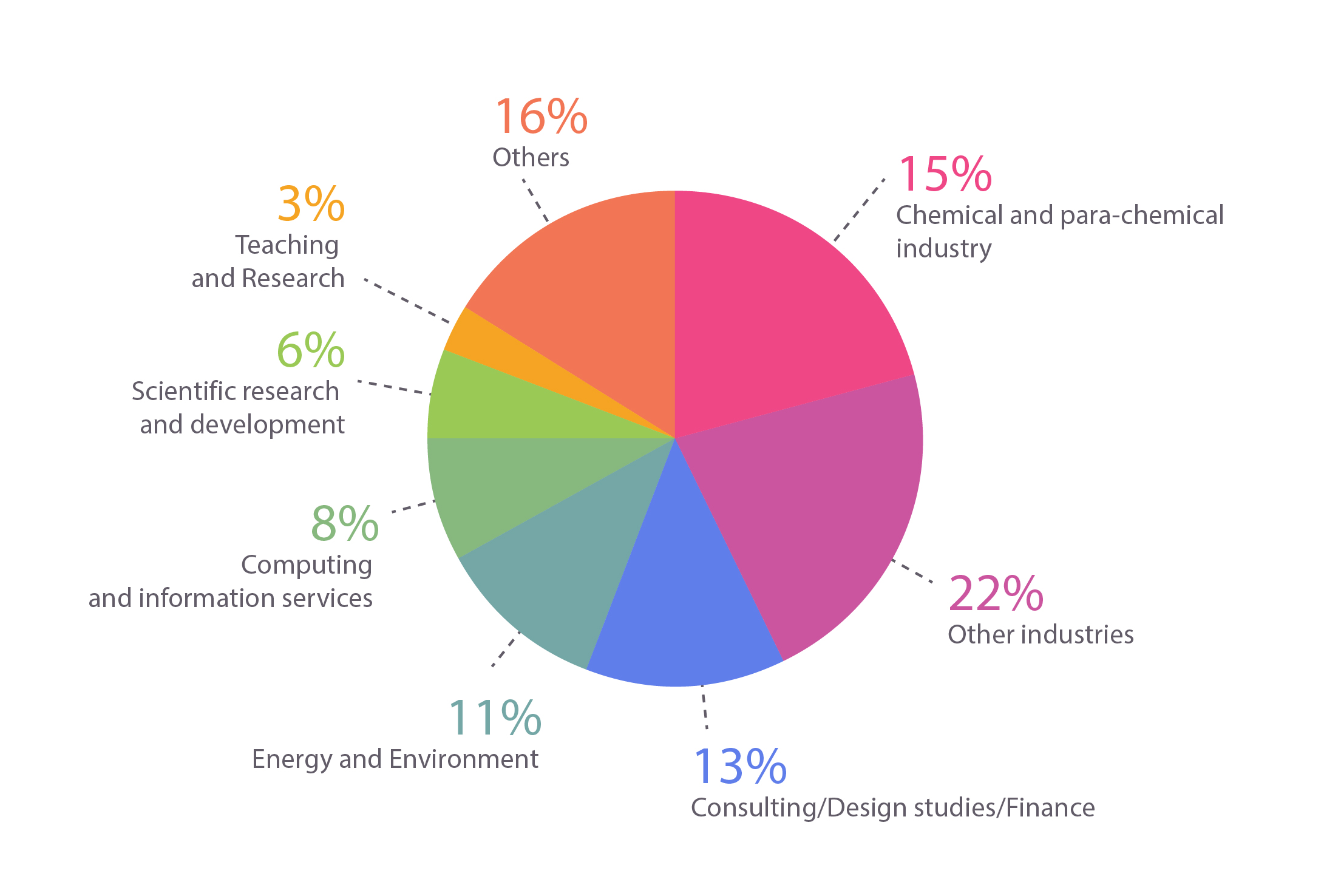 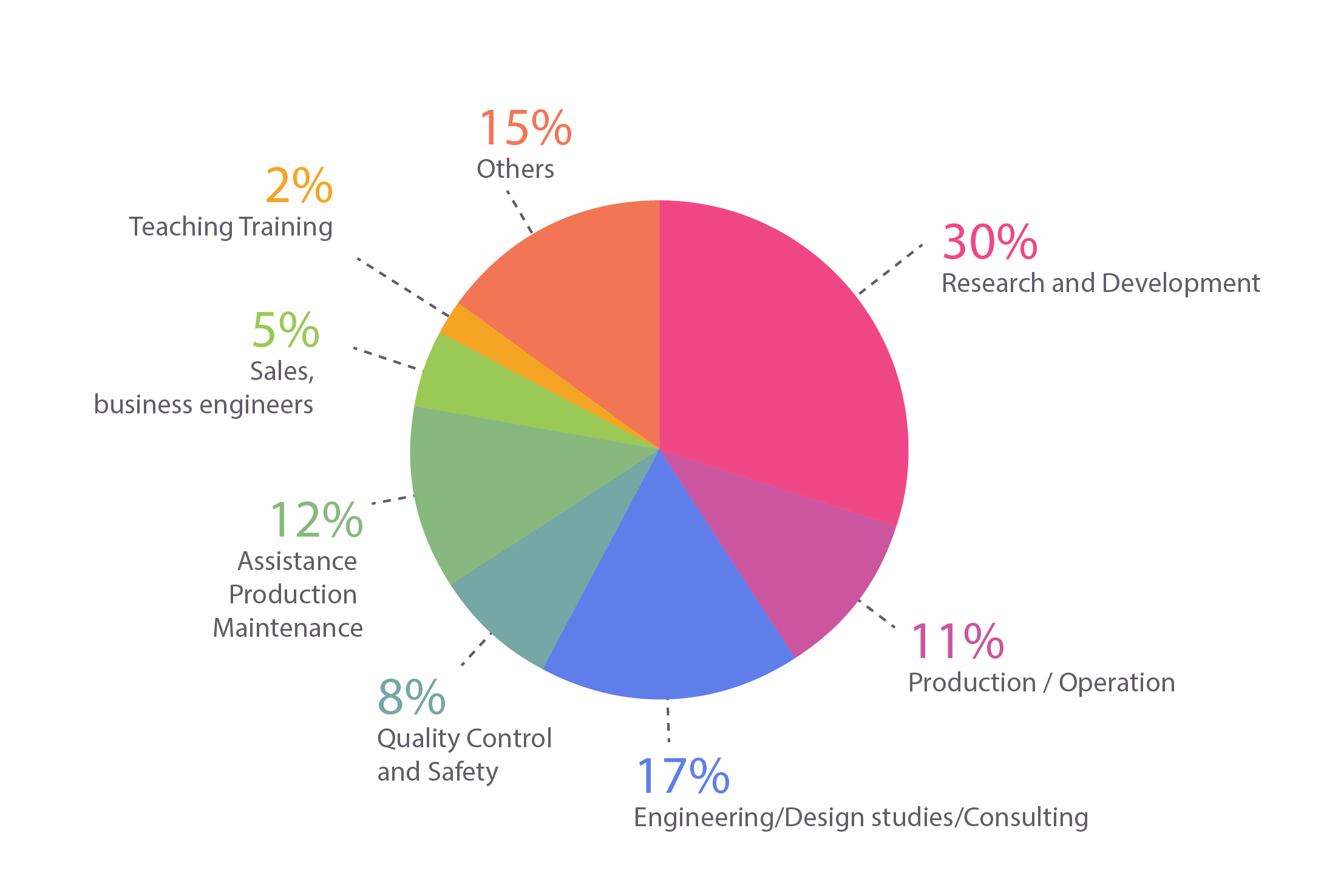 Graduates in companies – Distribution by positions

The hiring salary remains stable and the average salary in 2014 is 38 845€. It should be noted however that there is a large disparity between men and women’s salaries but also in their status, responsabilities and their employment (Permanent contract/Fixed-Term).