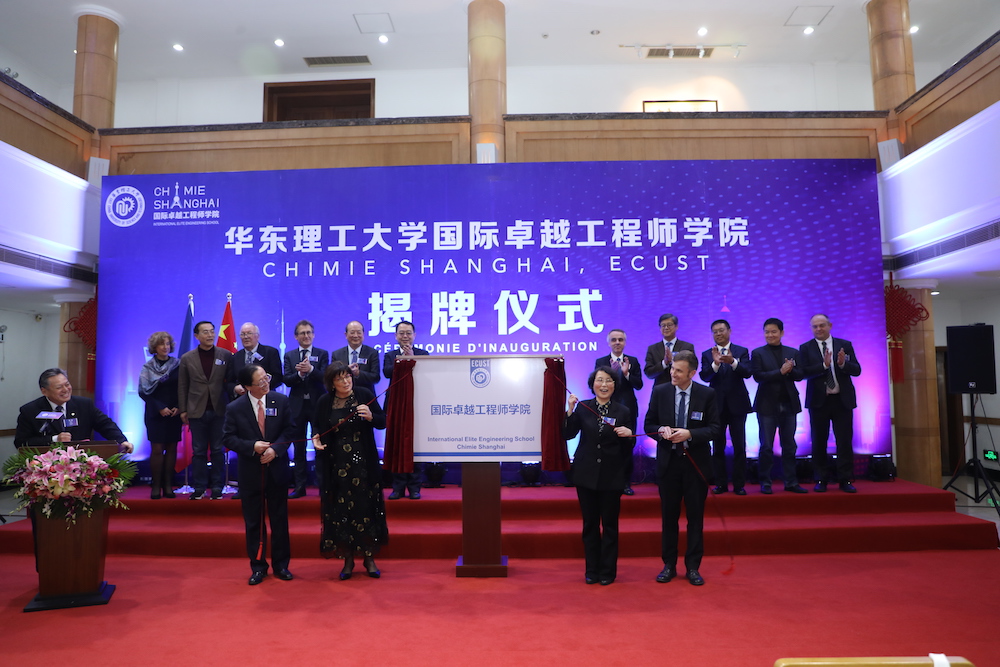 The “ECUST” chemical engineering programme run in partnership with the East China University of Science and Technology (ECUST) was established in 2009. In 2019, it was recognised as an excellence initiative by the Chinese Ministry of Education.

As of September 2019, the programme has officially become a joint institution, known as Chimie Shanghai or, in English, the International Elite Engineering School.

The Chimie Shanghai engineering course is a six-year programme. Students spend the first three years at ECUST in China, where they take modules in science and French language classes. The scientific part of the course closely resembles the integrated preparatory programmes followed by French students at the FGL schools.

For the last three years of the programme, around 40 students move to one of the FGL schools. The other students complete their studies in China. In both cases, final-year students choose an area of specialisation and complete a six-month industry internship.

Chimie Shanghai currently has 80 students, including 30 girls. Between them, the students represent 18 different Chinese provinces.

The programme is managed by Jacques Mercadier (ENSGTI Pau) and Régis Gauthier (ENSCR).